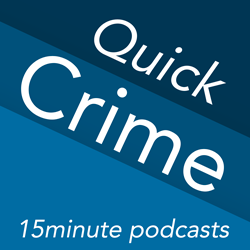 Damien Peters and the bagged head in the bath

The murders of Tereaupii “Andrei’’ Akai and Bevan Frost

Warning: The following podcast contains disturbing details of a crime, Listeners discretion is advised. The details presented in this podcast are from a news.com.au article.

September 2001. Two NSW Police officers investigating a possible murder knocked on a door at the Northcott apartment block in the inner city Sydney suburb of Surry Hills. Police were familiar with the infamous address for its drug dealing, vandalism, and fights among 1200 people housed in 436 flats.

The police were investigating the possible murder of Tereaupii "Andrei" Akai, a 50-year-old Northcott resident who had vanished from sight months earlier.

The Northcott flats, which shared the neighborhood with million-dollar terrace houses, were considered a "dumping ground" for psychiatric patients, chronic alcoholics, prison parolees and cash poor HIV sufferers. Andrei Akai was one of the latter, and his condition had advanced to full-blown AIDS.

Akai had not been seen since about January or February, Police had not learned about his possible disappearance until August 29, 2001.

Detectives obtained a search warrant for Akai's flat, which they found had been ransacked. Around the flat were blood stains and smears, and an external window frame was shattered. Forensic officers spent eight hours taking samples, including a square of carpet and residue from the toilet.

Akai's disability pension was still active, and a check on his bank account revealed six withdrawals totaling $1650 had been made between June and August. Detectives studied video footage of the ATMs where the withdrawals were made. On August 30, police took 32-year-old Damien Anthony Peters in for questioning

Peters was an unemployed drug addict, around six foot (182cm) tall, fit looking with large muscular arms from his massive use of steroids. He had a minor record, ranging from drug possession through to break, enter and stealing charges

Peters admitted to withdrawing Akai's money from an ATM, but said Akai had given him his bank card under a "gentlemen’s agreement" that he look after the flat, their dog, and pay the rent and electricity. Peters told police the agreement had been made six months earlier when Akai said he was going away to get a break from life in the Northcott flats

Police charged Peters with obtaining money by deception and he was released on bail.

On September 7, detectives knocked on the door of Unit 3 in A block rented by Bevan James Frost. Frost refused to let them in. They returned on September 11, and were admitted by Damien Peters into the flat, which appeared to have been ransacked

Police told Peters he was under arrest for the murder of Tereaupii Akai and began to search the ransacked premises. Blood was smeared on the carpet and walls of the bedroom. A pattern of blood on the mattress formed the outline of the upper torso of a body. In the bathroom, the officers found a decapitated and eviscerated body in the bathtub. Inside a bag in the bath was a severed head.

A dazed and agitated Peters admitted to police the dismembered body was that of Bevan Frost, who he had killed two days earlier after "a fight".

The officers arrested Peters and took him to Surry Hills Police Station which was only a short drive away. In an interview there, Peters admitted he had killed Akai eight months previously.

Peters said he went into the kitchen and got a knife. He stabbed Akai twice in the neck while he was sitting on the lounge. Then he placed Akai's body on the floor of the bathroom and spent the next six hours removing his organs and flushing them down the toilet, along with the teeth, to prevent identification. For the same reason, he also burnt off the hair with peroxide and chemicals. Over successive days, he had cut up the body with a hacksaw and disposed of the various parts, concealed in plastic bags or suitcases, and into garbage bins over several weeks.

He sold the stereo and television, bought more drugs and sat around in a daze.As he continued to dispose of Akai's body parts, he cleaned the bloodied carpets of the flat with bleach. For the next six months, he had just "existed", and claimed to have several nervous collapses, during which he had "trashed" the flat. When police questioned and charged him over withdrawing Akai's pension money, he had returned to Northcott to find the locks changed on Akai's flat. This forced him to move in with Frost, who he had known for several years.

Bevan Frost, 57, was frail and no match for the muscular Peters but the younger man claimed Frost was armed with a switchblade and a hammer. Peters said after killing Akai, he had not slept for nine days and had decided to kill himself.

Bevan Frost, 57, was frail and no match for the muscular Peters but the younger man claimed Frost was armed with a switchblade and a hammer. Peters had submitted himself to sex with Frost, who he claimed was "very rough", had subdued him with muscle relaxant Dilantin and violated him. Peters told police he had been extremely drugged, depressed and lost his reasoning when he stabbed Frost

Over the next two days, he had partially disemboweled Frost's body, flushing the internal organs down the toilet, leaving the torso and head.This was when the police knocked on the door.

Peter appeared before Central Local Court on September 12, 2001, and later pleaded guilty to the murders. He claimed the equivalent of "battered wife syndrome" and said he was "not a violent man".

Three psychiatrists assessed Peters prior to his sentencing. One suggested he had a dysfunctional childhood as the fourth child to his high achieving father, a pharmacist who had "dealt with him harshly when he failed to live up to ... expectations". Peters had difficulties at school and attention deficit disorder; his adult relationships had been with controlling men. But Justice James Wood of the NSW Supreme Court accepted pleas of guilty to murder rather than manslaughter. He ruled that Peters had dismembered the victims' bodies in a "deliberate and cold-blooded way". They were the actions of a man "cerebrating relatively clearly ... despite his continuing abuse of drugs".

Peters was released from jail in November 2016, with six years on parole until the expiration of his head sentence in September 2022.

On Sunday the 7th of April 2019, while attending Prince of Wales Hospital in Randwick, Peters cut off his anklet and fled, around 4.15pm. Just before 5pm on the following Monday, detectives spotted Peters walking along King Street in Petersham. Police from the Surry Hills and Redfern Region Enforcement Squads, Operation Odin and the dog unit moved in and arrested him without incident.

Peters was returned to Corrective Services custody and is back in prison serving all or part of the remainder of his sentence for breaching parole.